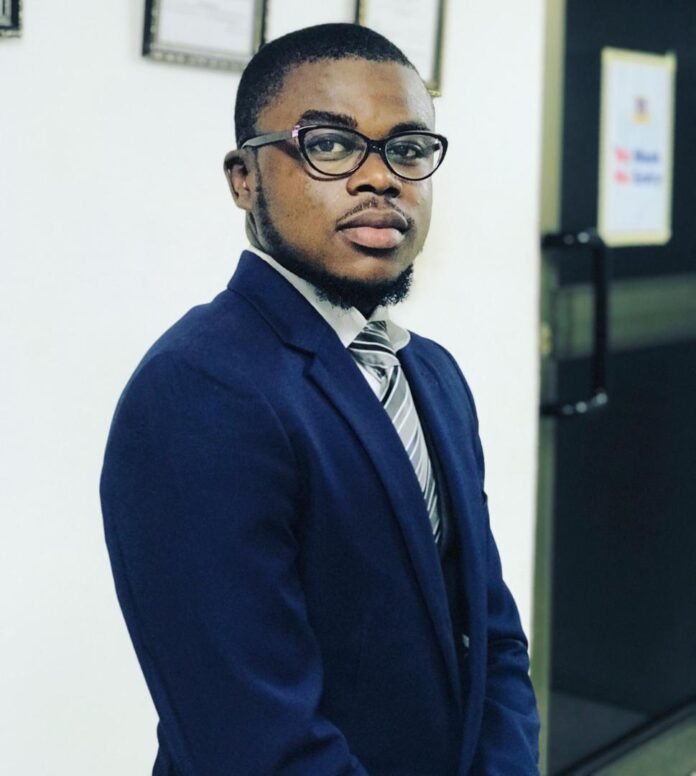 REDEFINING THE JOURNALISTIC ROLE: By Kwesi Afful
Be A Citizen Not A Spectator- ( when You See something say something )

The word “journalism” is often complicated and misinterpreted by many. Most people do not consider journalism a profession because there isn’t a set of guidelines that everybody must pass and there is no required curriculum or journalists. We live in a time where news is accessed in many different ways through many different platforms.

Journalism exceeds an instance where specific people do gather information, we are citizens and so therefore we are expected to be each other’s keeper. In an era where

corruption has made it way in almost all the institutions in the country.

With increased social media and more expected modes of communication, the face of journalism has changed, as the world becomes more globalized, our networks and community expand. Some may say this information we receive through peers on social media platforms are more reliable, while others argue it is less reliable. Even though the press could be viewed as more reliable than social media platforms, biased views could take place regardless of the official title of established companies.

Be a citizen journalist where you are, no matter your qualification. Being a citizen means that we are to promote the good name of Ghana where ever we find ourselves. We are generally noted to be hospitable and peace-loving people. Good name they say is better than riches. It is our collective responsibility not to tarnish our image as Ghanaians to the outside world. Political actors must know that they are also citizens and not spectators hence, when they engage in open vilification and blackmailing, they are destroying our image as Ghanaians. The outside world does not know NPP, NDC, PPP etc. All they know is Ghanaians are fighting.

Being a citizen and not spectator is an invitation to uphold the constitution and be law abiding citizens. Citizens who fail to follow rules become rowdy spectators. We are all interested in upholding the constitution when it comes to elections. Political layers make sure that electoral rules are strictly followed to the latter. They are ready and willing to find redress in courts when they are not adhered to. Again, we are not to upload the constitution blindly. We must apply “moral common-sensical approach” in upholding the constitution. If we fail to apply the “moral common-sensical approach”, people will take advantage of the lacuna in our laws to exploit others. They can even sack you from your legally acquired property and say it is the law. The legislature and the judiciary should be interested in upholding, amending law for the common good but not that which would suite their pay masters and keep them in power.

The life in a country where fingers are always pointed at people who always wanted to uphold the good name of the country in an instance where journalist are being killed and maltreated. In the case of Ahmed Hussein, the Ghanaian journalist’s part of a team led by award-winning journalist Anas Aremeyaw Anas, whose investigation led to the resignation of the head of the Ghana Football Association and was shot dead in Accra.

Even though Dozens of football referees and officials in several countries were also banned as a result of the investigation, including the Nigerian National team coach, Salisu Yusuf, for receiving cash from undercover journalists posing as agents.

Share
Facebook
Twitter
Pinterest
WhatsApp
Previous articleYour career will end if you play for Ghana Black Stars, continue to play for England- Charles Taylor to Chelsea’s Hudson Odoi
Next articleIt’s better to marry a stark illiterate than to marry a woman who undermines & don’t appreciate you – Nigeria actor, Kenneth Arinzechukwu

In a viral video circulating on social media, the beautiful lady lament why the Uber driver was taken a video of her afet she...
Read more
Entertainment

Ghana's most decorated rapper, Sarkodie has hinted at ashing the government of Ghana with another DUMSOR track. The artist who made a DUMSOR track...
Read more
Security

Young man, Samuel Afolabi narrates his story, how a lady police took Ghs200 bribe from him and later, left her phone in his vehicle....
Read more

In a viral video circulating on social media, the beautiful lady lament why the Uber driver was taken a video of her afet she...
Read more
Entertainment

Ghana's most decorated rapper, Sarkodie has hinted at ashing the government of Ghana with another DUMSOR track. The artist who made a DUMSOR track...
Read more
Security

Young man, Samuel Afolabi narrates his story, how a lady police took Ghs200 bribe from him and later, left her phone in his vehicle....
Read more
Lifestyle

His Mum Is Mentally Ill, His Dad Is Dead – Sad Of Story Daniel, The Boy who ate fufu during ‘Our Day

A picture of a student eating a big bowl of fufu as his 'Our Day' meal went viral on Friday amidst the celebration around...
Read more
Lifestyle

Oswald and family, Gennuh family today donated some items they were given on Our Day to an Ophanage , foster home. Read story on...
Read more
Load more

News247gh is the fastest growing online Ghanaian portal where we serve you with news 247.We are focused on Entertainment, Politics,Sports, Lifestyle.Follow us on all our social media platforms.For all business deals, kindly inbox us on all platforms or reach us via email: news247gh@gmail.com